Why Do People Get Lipomas? Causes & Symptoms of Lipoma 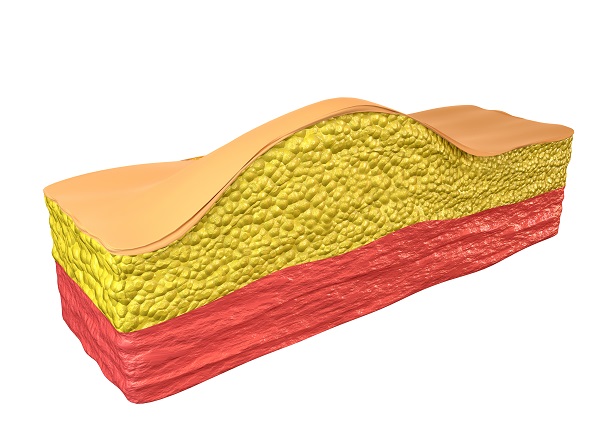 If you’ve noticed a squishy, slow-growing lump somewhere on your body, you might be concerned that it could be malignant. However, these squishy lumps that feel like they’re made of some doughy substance are not dangerous, they’re lipomas and they’re made of fatty tissue. Despite this, we highly recommend that you get any suspicious lump checked out by a doctor.

The good news is that if you are found to have a lipoma, it’s not a serious medical condition unless it’s causing you pain. Although we don’t really understand why lipomas form, we know that they aren’t likely to be dangerous and that having one doesn’t increase your risk of developing cancer.

So what are lipomas, why do people get them, and where do they come from?

What Is a Lipoma? What Causes Lipomas?

A lipoma is a benign tumor made of fatty tissue. It can appear anywhere on the body, but it’s most commonly found on the neck, back, limbs, shoulders, and torso. They tend to be small, but they can grow slowly to become quite large.

The cause of lipomas is not well understood. They grow spontaneously and usually do not grow past 2 inches in diameter.

Lipomas are benign by definition. Similar fatty growths called liposarcomas are malignant, however they’re a bit different from lipomas. They tend to grow quickly, have an irregular shape, and are much more likely to be painful to the touch.

Why Do People Get Lipomas?

As stated previously, the cause of lipomas is not well understood. What we do know is that there are certain risk factors that may affect one’s likelihood of developing lipoma. They are:

Should I Get My Lipoma Removed?

In general, lipomas don’t need to be removed unless they’re painful. Lipomas aren’t usually painful, but can be if they grow on top of a nerve or if they contain a lot of blood vessels. If they are bothering you physically, for example if you have a lipoma on the underside of your thigh and it hurts to sit down, then you may want to consider getting it removed.

Lipomas differ from liposarcomas (fatty cancerous tumors). If you are concerned that your lipoma may be something else, we highly recommend that you have a doctor look at it and perform some screenings.

We at Clarity Surgical screen & remove lipoma in Nassau County, and we serve all the surrounding areas in Long Island.

What Is The Incisional Hernia Surgery Recovery Period Like? Also contact us to learn about lipoma removal surgery long island.