What’s The Difference Between Robotic and Laparoscopic Surgery? 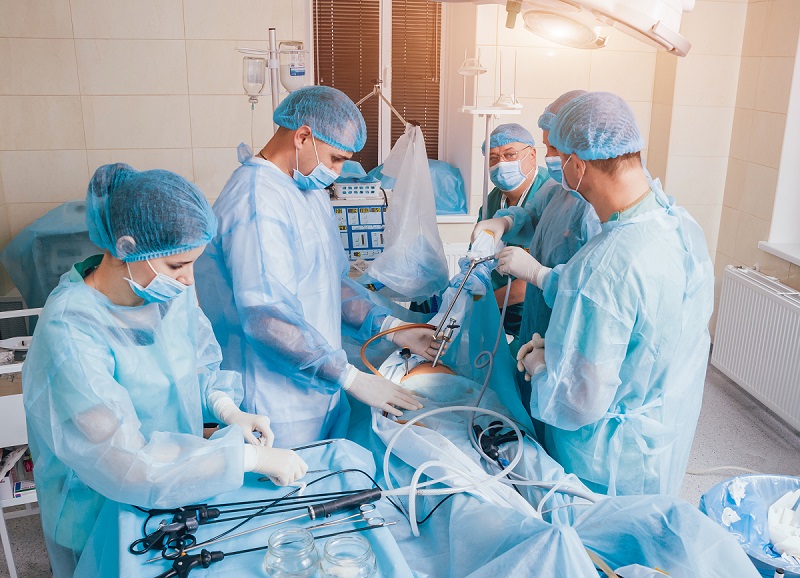 In the past century, there have been quantum leaps made in the field of surgical medicine. Surgery went from a somewhat barbaric practice to a state-of-the-art, controlled, and sterile process with minimal pain and lowered recovery times.

Surgery, compared to how it was in the last century, is much less invasive and uses a great deal of technology to make it work. The result is that surgeries take less time to perform. This is because of two particularly disruptive advances in surgical technology: laparoscopic surgery and robotic surgery.

What Is Laparoscopic Surgery?

Laparoscopic surgery is not really a type of surgery but is instead a method of performing common surgical procedures.

Traditionally, surgeries were done by making a large incision on the surgical site and then performing whatever procedures needed to be done within the area of the incision. As a result, the patient didn’t just need to recover from the procedure, but they needed the incision to heal as well. Depending on the size of the incision, it could take months for it to fully close. Large incisions need a great deal of stitches, as well, and removing the stitches was a procedure in itself! Not to mention, larger incisions were at greater risk of infection, potentially leading to septic shock.

The way laparoscopic surgery works is that small incisions are made and a tiny camera, attached to a thin tube, is inserted in the incisions. This camera is called a laparoscope, and it allows the surgeon to see inside the patient’s body in order to perform the surgery without making larger incisions.

Laparoscopic surgery was a big breakthrough for surgical medicine due to how it made many procedures faster, less risky, and easier to recover from. Recently, though, a new challenger has appeared to further improve on surgical technology. Now, surgeons have robotic surgery at their disposal.

Patients don’t need to fret, though: the surgeon is still controlling the procedure. The surgeon sits at a control center and is able to control the robot with ergonomic and precise finger controls. It’s extremely precise and it uses some instruments that are no bigger than the size of a fingernail. The surgeon has a full view of what’s going on through the laparoscope. It’s magnified so that the surgeon is able to make more precise movements.

Right now robotic surgery is not employed at most surgical centers, and studies currently show no improvement in patient outcomes over laparoscopic surgery. There’s also a significant learning curve for surgeons learning the technology. However, robotic surgery is very promising and likely has a bright future ahead of it.