Beans and Rice: Humble yet Complete 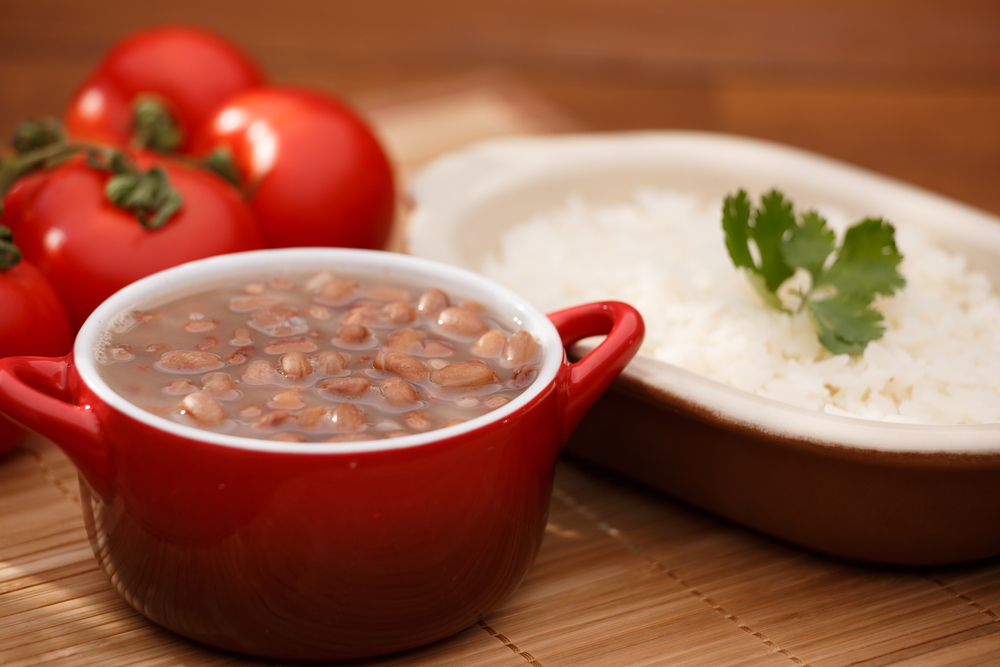 How are your New Year’s resolutions holding up? If you weren’t aware, there was a vast growing trend to go vegan in January called “Veganuary”—the term comes from a UK-based nonprofit (called the same name). Veganuary's mission is to “encourage people to consume only plant foods for the month of January. Since then, participation has more than doubled each year, with an estimated 1.3 million people committing to Veganuary in 2019.”

If you’ve missed out trying a plant-based diet in January, you can attempt this in February or any month of the year (or longer). There are several websites to help you get started for instance the American Vegan Society website.  If going vegan (including no milk or eggs) for a month is not for you, then try for one week or even one day.

My interest in vegetarianism and veganism was sparked after watching a documentary on Netflix “The Game Changers”.  The athletes in this film followed a strict plant-based diet.   The vegan athlete documentary is presented by James Cameron, Arnold Schwarzenegger, Jackie Chan, Lewis Hamilton, Novak Djokovic, and Chris Paul — and is described as “a revolutionary new film about meat, protein, and strength.”  It explores professional athletes that adopted the vegan diet and the amazing impact it had on their strength and health.  If you haven’t watched it, I recommend seeing the film in full as you may find the rationale of these incredible athletes going vegan, yet maintaining their incredible strength, very compelling.

However, I questioned, “Is going vegan really healthy and will we get all of our nutrients?”    In the documentary Game Changers Movie Faqs, they address the misconception about protein which is the idea that “the quality of plant protein is inferior because plants apparently don’t contain all of the essential amino acids.” They further explain that “every single plant contains all of the essential amino acids, in varying proportions.”  Another article in Health Magazine states “when it comes to gaining strength and muscle mass, research comparing plant and animal protein repeatedly demonstrates that as long as the right amount of amino acids are consumed, the source is irrelevant.”  However, as with post Bariatric surgery, unless you are eating vegan products that are fortified, you may still need to take supplements such as vitamin D, B12, Calcium, and iron. Keep in mind, any new diet should be monitored by your physician and a registered dietitian.

After viewing Game Changers and researching other articles and recipes, my husband and I have decided to go join the movement and tried vegetarian in January 2020 and go vegan this February.

I must admit, I’ve been struggling with ideas for combining foods that complement each other without meat or too many carbs.  Normally, I cooked some type of vegetable and paired it with a meat source protein.  So, when I took the protein away, I was at a loss for what would pair with the vegetable, - another vegetable?

Recently my husband and I went to a Latin vegan pop-up meal in Rockville Center, “Rice and Beings” hosted by Chef Adriana Garcia (Instagram @chefyogiwriter). She is a graduate of Culinary Academy of LI, is a holistic health coach through the Institute of Integrative Nutrition, level 2 reiki practitioner, is a certified yoga instructor with 6 years’ experience, and a self-published author of short stories. 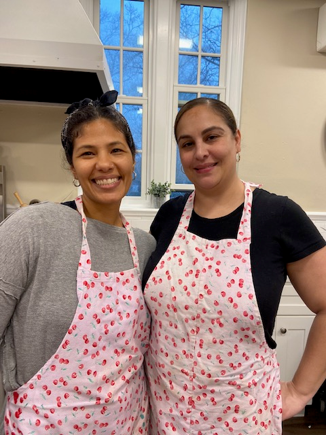 During this incredibly delicious 7 course meal, my questions were answered, and my eyes were opened to the numerous variations of vegan cooking.  Adriana explained that some plant foods are lower in certain amino acids than others, so when you combine, for example, beans with rice, they form a complete amino acid.  This is confirmed in research.  An article in LivingStrong Magazine explains this further stating according to the FDA, “When it comes to plant-based protein, such as protein in rice and beans which are, “separately, both incomplete proteins; but when they're eaten together, they're considered complementary proteins.” The key is to eat a large variety of fruits, vegetables, whole grains, nuts and seeds, plant-based oils, beans, and legumes in order to meet micronutrient needs. In fact, another guest at the meal mentioned there are over 20,000 species of edible plants in the world. So, one should have no problem finding something they enjoy.

Before serving the meal, Adriana spoke briefly regarding the effect of eating meat on the environment.  Although many want to try this to lose a few pounds, the goal isn’t necessarily to lose weight, it is also to help the environment.  This is also the goal of Veganuary.

So back to – could you try going vegan for one day a week?  Author Kathy Freston, In “CLEAN PROTEIN”, published data detailing what the impact would be if every U.S. citizen adopted a vegetarian diet for just one day a week. Just for starters, we would save “100 billion gallons of water, enough to supply all the homes in New England for almost four months, 70 million gallons of gas, enough to fuel all the cars of Canada and Mexico combined with plenty to spare.” “4.5 million tons of animal excrement, which would eliminate almost 7 tons of ammonia emissions, a major air pollutant” …

So, whether or not you are willing to give up meat, fish, eggs, or milk, even for one day, there is no judgment, just options you may not have considered. The choice is yours.